I guess "diaper pods" are a thing now?  I have no idea when that started.  I don't think there was anything like it for cloth diapering when my kids were in diapers. Anyway, they seem like they're just square cornered zipper bags for storing and/or carrying cloth diapers in?

Here is a video tutorial I made for a one-layer PUL one.


However, today on my live-stream I improvised a quilted cotton one.  My daughter has already claimed it for herself, because she thinks it is the right size to keep a series of books in to swap/share with her friends (once she is allowed to see them in-person again that is.) 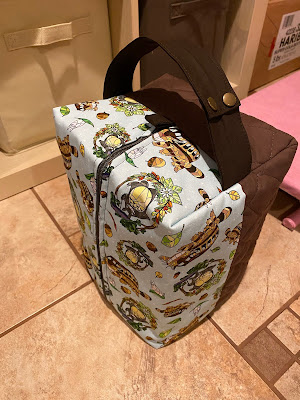 A member of my discord mentioned that the snapping side strap might be for attaching it to the outside of a diaper bag or something? I have never seen one in-person myself, so I really have no idea.  ;)

I did add side loops though, in case anyone wanted to add shoulder strap to it in the more traditional way as well.  I've seen some photos of others online that had both.

What am I missing? Why don't people just put their cloth diapers into their diaper bag like disposable, like how we did it? I just had a typical smaller flat wet bag for dirties, and used one of the inside pockets for the diapers when we went out or travelled.

Edit: I made a small version and added two add-on pocket style options. I will be publishing the pattern and uploading a video tutorial for it in a few more days. 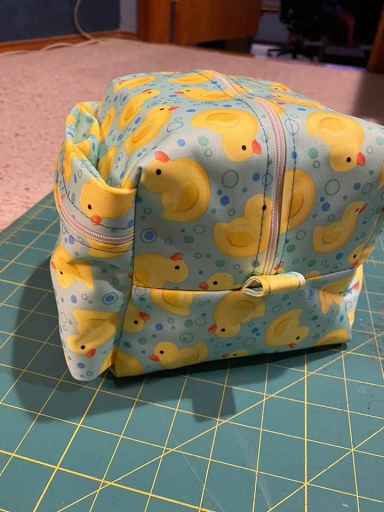 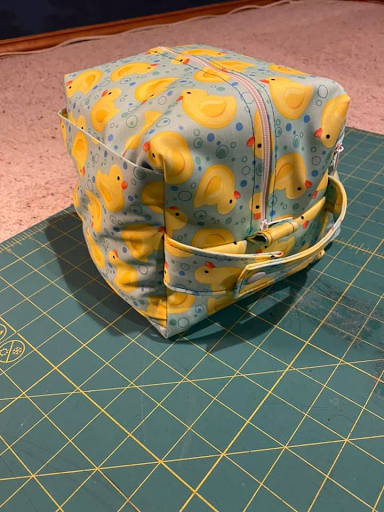 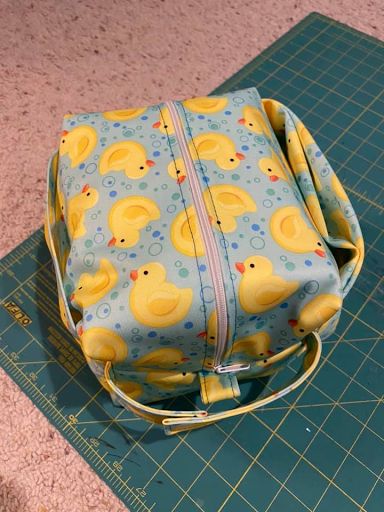 If you can't wait to sew just the basic pods, I am posting a rough draft of the pattern for now.  However, I will delete it once I post the final version and video tutorial.

A reader requested projector-compatible PDF cutting pattern files, so I was happy to oblige!

I will be adding more over the next week or two, but if you want ANY customized patterns or custom tutorials, don't hesitate to reach out. You can contact me through here or my Discord server. Ideally, I'd love to create a collaborative design and ideas community.

The print-and-piece templates are still available as well. I will be updating those to make them cleaner and more consistent soon too.
Posted by Arfy at 11:30 PM No comments:

Interest in a new pattern?

A cutting template for this is now available HERE.

Would there be any interest in me making a pattern for "turtle shell" diaper, sort of akin to g-diapers? I think I could figure out both an OS and sized versions for something similar to those. I'd probably design the sized ones to be a fleece body shaped similarly to the hip-snapping fleece soaker covers that I have in my blog already. The they'd have a snap-in PUL (it could even be just a good poly fleece if PUL isn't available to you) with either FOE or cased elastic (I could do tutorials for both methods) pouch of sorts that would hold the absorbency. Which could be a more typical diaper insert, or even anything absorbent folded up to fit like a tea towel or washcloths or an old shirt. Whatever. It seems like it could be very easy to make. However, I never liked that style of diapers back when my own kids were little. So, it was never anything I wanted to try back then.

However, I know some people DO like that style. So, if there is an interest, I'm more than happy to draft up the patterns and do a tutorial.

I will be dedicating January to Cloth diaper related sewing videos on my YouTube channel.

Arfy
I am a stay-at-home crafty mom of two.